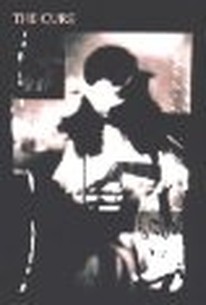 This easygoing drama offers a look back at the early days of the Australian movie business, and it was based on the real-life adventures of pioneering Aussie exhibitor Lyle Penn. Maurice "Pop" Pym (John Meillon) loves motion pictures, and he wants to open a cinema of his own. But shortly after the turn of the century, financial support for such a venture is hard to come by, so Pop does the next best thing; with his young son and a piano player in tow, Pop carts his collection of silent films and a portable projection system from one small town to another across the continent, showing his pictures wherever and whenever he can. However, Pop quickly learns that he already has a rival; Mr. Palmer (Rod Taylor) has decided to go into the movie business as well, and with deeper pockets, he's able to afford better equipment than Pop's shoestring budget can provide. Ironically, Rod Taylor plays a character who was born in Texas but emigrated to Australia; Taylor was in fact born in Australia and became a film star when he moved to the U.S. ~ Mark Deming, Rovi

There are no critic reviews yet for The Picture Show Man. Keep checking Rotten Tomatoes for updates!

There are no featured audience reviews for The Picture Show Man at this time.