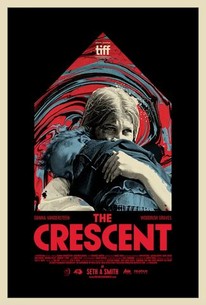 Following the death of her husband, Beth, with her toddler son Lowen in tow, retreats to a seaside cottage at Silver Crescent Beach. The loss of her partner has been emotionally draining, and the added pressures of single parenting have become more than she can bear. To help cope, Beth turns to her art - the abstract printing process of paper marbling. But the work often leaves her reminiscing about her past life. Though the implications of his father's absence aren't fully understood, Lowen also feels the loss. He demands constant attention of his mother, acts out, and develops a strange fixation with the ocean. As mother and son attempt to rebuild their bond, a mysterious force from the sea begins to haunt them. Meanwhile, a motley crew of local residents is getting way too close for comfort. Beth can't take it anymore. She descends further into grief. And in a rash act, fuelled by a desire to be with her husband again, she abandons her son and attempts to drown herself in the sea. Lost and alone, Lowen is forced to fend for himself, save his mother, and confront the dark force beyond the ocean's gate.

Critic Reviews for The Crescent

Audience Reviews for The Crescent

There are no featured audience reviews for The Crescent at this time.