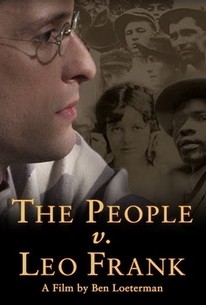 Writer/director Ben Loeterman draws on historical record to pen this semi-documentary about a Jewish engineer who became the tragic victim of mob justice after being accused of murdering an Atlanta child worker in 1913. When the body of thirteen year old Mary Phagan was discovered in the cellar of the National Pencil Company, suspicions quickly fell upon the manager of the factory, Leo Frank. After a speedy trial filled with inconsistencies and fueled by racial discrimination, Frank was given the death sentence. But this was far from the end of the story; concluding that the conviction was unjust after Frank's lawyers fought it straight to the Supreme Court, Georgia Governor John Slaton inadvertently sealed the fate of the accused by commuting his sentence to life in prison. Enraged, a group of 25 vigilantes who dubbed themselves "The Knights of Mary Phagan" kidnapped Frank from his cell at the state penitentiary, and hung him from a tree near his alleged victim's childhood home. Neither the guards at the prison nor the warden offered any resistance to the murderous mob. It was the first and only known lynching of a Jewish man on American soil.

Will Janowitz
as Leo Frank

There are no critic reviews yet for The People V. Leo Frank. Keep checking Rotten Tomatoes for updates!

There are no featured audience reviews for The People V. Leo Frank at this time.