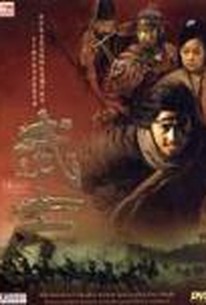 Touted as the most expensive Korean film ever produced, Musa is a sweeping real-life epic about an official envoy from Koryo (ancient Korea) struggling to stay alive in war-torn China. The film is set in 1375 when the Yuan dynasty collapses after a 100-year reign against the insurgent Ming. As the Ming dynasty solidifies power pushing the remaining Yuan armies to the north and west, Koryo sends a delegation of diplomats to shore up their strained relations with the new government. Upon arrival the lead diplomat is thrown in jail and the rest are exiled to the dusty hinterland for spying. There, the party is ambushed by Yuan soldiers. The survivors are led by General Choi Jung and a bodyguard slave of another fallen general, Yeo-sol. After facing all sorts of adversities, the group make it to a remote country inn where they learn that the beautiful Ming princess Furong (played by Zhang Ziyi of Crouching Tiger, Hidden Dragon fame) has been kidnapped. When Yeo-sol gets abducted by the same band of Yuan thugs, Choi Jung resolves to free them both. Fleeing from the same Yuan army, the Koryo warriors with Furong in tow learn that the Yuan has burned all ferryboats in the Yellow River valley. When they happen upon a group of Ming refugees, Furong promises them supplies and safe passage home if they escort the refugees to the Mud Castle upriver. The castle, however, proves to be in ruins and the Yuan are closing in. This film was screened at the 2001 Toronto Film Festival.

Critic Reviews for The Warrior

Audience Reviews for The Warrior