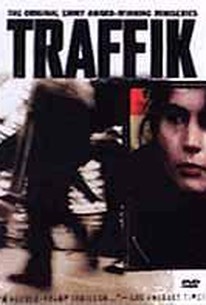 This four-hour, six-episode British miniseries, broadcast on Channel 4 in 1989 and in America on PBS's Masterpiece Theatre in 1990, provided the basis for Traffic, Steven Soderbergh's 2000 Oscar winner. Though Soderbergh and screenwriter Stephen Gaghan borrowed much of their plot and structure from the original, Traffik focuses on the European drug trade instead of the American one and utilizes England, Germany, and Pakistan as its major settings. One of the three primary plot strands involves Jack Lithgow (Bill Paterson), a member of the British Parliament, who discovers that his daughter, Caroline (Julia Ormond), is a heroin addict despite the fact that he leads the country's Drug Abuse Committee. In a parallel story line, Helen Rosshalde (Lindsay Duncan), the British wife of German drug smuggler Karl Rosshalde (George Kukura), must take over her husband's illegal operations after an associate turns state's evidence and Karl goes on trial. In the third interwoven segment, and the one that diverges the farthest from the plot of the American film, Pakistani poppy farmer Fazel (Jamal Shah) ingratiates himself to drug overlord Tariq Butt (Talat Hussain) in order to support his family after the Pakistani government, at the insistence of Lithgow and other British officials, cracks down on the subsistence-level farmers who supply the heroin trade with its raw materials. ~ Brian J. Dillard, Rovi

There are no featured audience reviews for Traffik at this time.