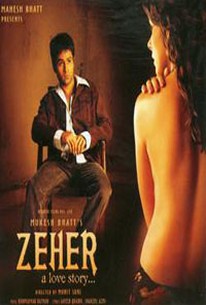 In a small town in Goa steeped in azure seas and sultry secrets, the chief of local police station, Siddharth, finds himself caught in the eye of a storm...and about to get blown away. Siddharth is in the middle of a divorce from his wife, Sonia - a member of the special police force - whom he still loves. Yet, he finds himself involved with a local married woman named Anna. Unable to cope with the pressures of his wife's success, he continues his secret and dangerous relationship with Anna. Things get even more complicated when Siddharth realizes that Anna's husband is a wife beater and Anna is dying of cancer. Being a good soul, Siddharth does not have it in him to abandon this woman who seems to have given him some affection in recent times. In heat of the moment, Siddharth makes an irrational decision to give Anna the money he recovered in a drug raid for her medication in one final effort to save her. Things are not what they seem, Anna dies in a bomb blast that very night. Siddharth now races to uncover a murky tail of drug money, murder and deceit... because all the evidences points to him. With his wife heading the case, Siddharth is now in a race against time to find out the real truth behind Anna's murder, recover the drug money and also win his wife's love back.

There are no critic reviews yet for Zeher. Keep checking Rotten Tomatoes for updates!

There are no featured audience reviews for Zeher at this time.