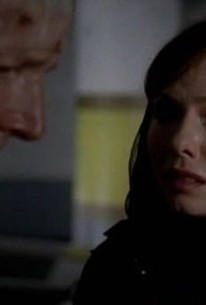 Reported killed in an hot air balloon accident, reclusive millionaire Derek Bronson (Stephen Bogardus) seemingly returns from the dead to hire Monk (Tony Shalhoub) for a special assignment. The fact that Bronson is suffering from leprosy would normally be enough to send Monk scurrying in the opposite direction, but he is shamed into taking the job by his more tolerant caregiver Natalie (Taylor Howard). Here's the deal: Bronson had initially been willing to remain "dead", but now he wants Monk to deliver proof that he's still alive so that Mrs. Bronson (Sarah Brown) will not be cheated out of her husband's estate by some scheming relatives. Well, it's a good story, but it's not quite true--and without revealing any more of the plot, it can be noted that a pivotal scene articulates the old vaudeville catchphrase "Don't shoot--I'm only the piano player."

Mr. Monk and the Leper Photos 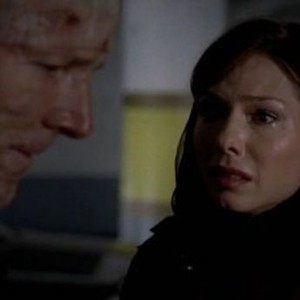