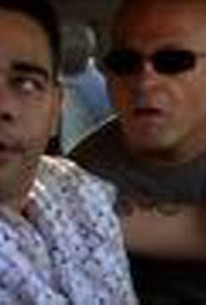 The Quick Fix
The Shield Season 2

Armadillo Quintero (Danny Pino), a Mexican drug dealer, is in L.A. and is making his presence felt, brutally murdering two captains from rival gangs. Mackey (Michael Chiklis) has hired Gordie Liman (Mark Rolston), a private detective, to track down his missing wife, but he's not having much luck. While Mackey's been preoccupied with his domestic situation, Shane (Walton Goggins) has been increasing the Strike Team's involvement in the drug trade, and using their "retirement fund" to do it. When Mackey tries to take some of the money out to pay Liman, he finds out it's all tied up in a huge cocaine shipment. Things get worse when the shipment turns out to be tainted, nearly killing one of Tio's (Cedric Pendleton) men. Mackey soon learns that Armadillo and his brother, Navaro (Emilio Rivera), based in Mexico, are responsible for both the gang killings and the tainted drug shipment. Lanie Kellis (Lucinda Jenney), a civilian auditor, is investigating "The Barn," so Aceveda (Benito Martinez) asks Mackey to keep his act together, but Mackey decides to bring the Strike Team to Mexico to get their drug money back. The team takes Navaro hostage to get the money. Back in L.A., no one is willing to come forward against Armadillo except Mayda (Chelsea Rendon), a little girl whose brother Armadillo murdered. Dutch (Jay Karnes) wants to let her testify, but Claudette (CCH Pounder) is frightened for the child's safety. They bring Armadillo in for questioning, but don't have enough to hold him. Julien (Michael Jace) asks a struggling single mother out on a date. Lanie lets Aceveda know that his enemies on the city council want her to find dirt on him. He tells Mackey that he'll watch his back if Mackey gets his head back in the game. 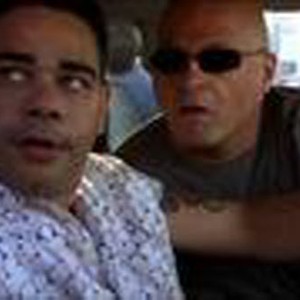