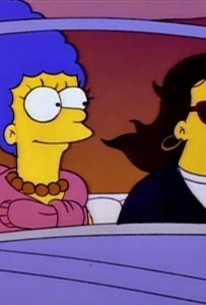 Marge on the Lam
The Simpsons Season 5

Marge Simpson (voice of Julie Kavner) feels an understandable need to bring some more culture into her life, and gets tickets for a ballet performance to be held in Springfield. Her husband, Homer (voice of Dan Castellaneta), who has somehow gotten the idea that ballet involves bears driving golf carts, tells Marge he'd be happy to join her, but when he gets his arm stuck in a pop machine, Marge needs to find someone to go to the ballet with her at the last minute. Ruth Powers (voice of Pamela Reed), a divorced single mother new to the neighborhood, agrees to tag along with Marge, and the two have a great time. Marge and Ruth agree to have another "girls' night out" soon, and one night Ruth rolls up ready to party behind the wheel of a 1966 Thunderbird. However, it's not until well into the evening that Marge discovers the car was stolen by Ruth from her former husband, and after a run-in with Police Chief Wiggum (voice of Hank Azaria), Marge finds herself on the wrong side of the law; while Ruth isn't scared of potential danger, Marge is terrified -- and Homer will do nearly anything to get her back to safety. "Marge on the Lam" first aired on November 4, 1993.

Marge on the Lam Photos 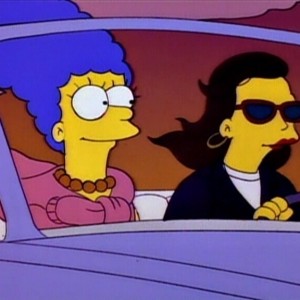