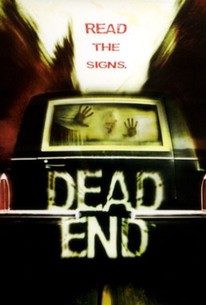 A family making their annual Christmas pilgrimage to Grandmother's house finds their journey taking an ominous turn when they attempt to take an unfamiliar shortcut in this low-key chiller from first-time director Jean-Baptiste Andrea. For 20 years, Frank Harrington (Ray Wise) has driven the same, mind-numbingly familiar route to the annual holiday gathering, but the discovery of an unfamiliar shortcut simply proves too enticing for the loving but strained father to resist. As the road grows increasingly dark, the eerie sight of a young woman carrying a small infant sets into motion a horrific series of roadside deaths that finds the family's numbers quickly dwindling. Though there are no other travelers on the long and dark stretch of road, the appearance of a menacing black hearse seems somehow connected to the spectral woman and her child. Could it be that a vengeful entity was the previous victim of a roadside accident, returning to torment any trespasser who happens to wander down her silent stretch of road, or could the answer to the horrific mystery lie deep within the conscience of one of the few remaining family-members?

Amber Smith
as Lady in white

Steve Valentine
as Man in Black