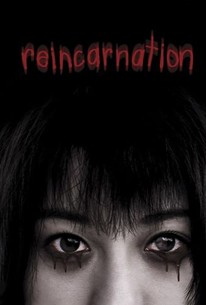 Grudge director Takeshi Shimizu returns to tell this tale of a film crew that descends upon a hotel that was once the scene of a vicious killing spree, only to find that the horrors of the past have a malevolent means of manifesting themselves in the present. Years after a professor slaughtered his wife, his young daughter, and nine hotel guests at the Ono Kanko just north of Tokyo, horror filmmaker Ikuo Matsumara (Kippei Shiina) and his crew prepare to make a movie about the murders. As pre-production on the film gets underway, the lead actress experiences a vivid vision of the murders and is shocked to awaken in the very room where the body of the professor's daughter was discovered. In her vision, the actress watched helplessly as the professor sadistically captures the final moments of his victims on film. When the actress finds the very same camera she saw the professor using in her vision and the cast members begin dying in the same manner as their real-life counterparts, it begins to appear as if the mad professor has returned from beyond the grave to ensure that his dark story never makes it to the silver screen.