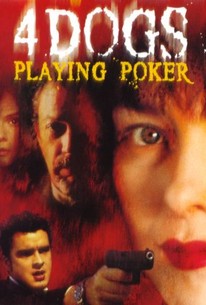 Affluent and affected Los Angelenos decide to pull an art heist for fun and profit, and, surprisingly enough, everything goes wrong. Electrical whiz-kid Kevin (Daniel London), tough insurance rep Holly (Stacy Edwards), and couple Audrey (Rushmore's Olivia Williams) and Julian (Balthazar Getty) take a holiday to Buenas Aires, where, under the guidance of experienced crook Felix (Tim Curry), they crash a wedding party thrown by a filthy rich art collector (George Lazenby). After stealing the collector's prize sculpture, a little Degas dancer, they return to L.A. Unfortunately, they're not certain that their treasure has made it onto the boat going north, and even more unfortunately, neither is the gangster (Forest Whitaker) who is meant to be paying them a million bucks for it. Obviously, the only thing left to do is come up with the money or the sculpture, so the foursome come to the decision that they will take out life insurance policies and draw straws to determine who gets picked off and who gets to do the picking. Coal-black comedy hijinks ensue.

There are no featured audience reviews for Four Dogs Playing Poker at this time.