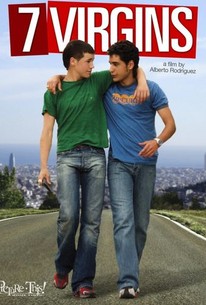 The plight of marginalized youth who inhabits a small town in southern Spain is explored in the sophomore effort from El Traje director Alberto Rodríguez. Granted a weekend furlough from the juvenile detention center for the express purpose of attending his older brother Santacana's (Vicente Romero) wedding, aimless 16-year-old Tano (Juan José Ballesta) plans to join his best friend, Richi (Jesús Carroza), in a marathon session of boozing, getting stoned, and bedding every available female in sight. Though Tano still has the familiar urge to party hardy with his friends, gone in him are the thuggish instincts that drive his mates to rape, rob, and beat up anyone and everyone who stands in his way. As the events of the weekend unfold to reveal a town tiring of being victimized by the aggressive crowd that Tano used to run with, the revelation of where his life of crime is truly leading him forces Tano to reevaluate his violent past and take control of his future.

There are no critic reviews yet for 7 Virgins. Keep checking Rotten Tomatoes for updates!

There are no featured audience reviews for 7 Virgins at this time.