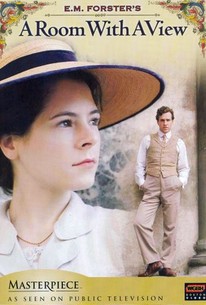 A precocious Edwardian girl suffocating from the social norms is forced to choose between following her heart and obliging her family's wishes after falling for a handsome but unsuitable stranger during a trip to Italy. Based on author E.M. Forster's tale of forbidden love and scripted by Pride and Prejudice scribe Andrew Davies, director Nicholas Renton's playful period drama follows young Lucy Honeychurch as she takes a trip to Italy and exchanges a brief albeit life-altering kiss with the unsuitable George Emerson. Later, as Lucy's snooping chaperone attempts to keep her on the path laid out by her family, her engagement to the dull Cecil draws near, and her repressed feelings boil to the surface, she is taken aback to encounter the dashing object of her affections back in her homeland of England. What's a girl to do when her wedding date has been set in stone but the love of her life won't be standing at the alter?

There are no critic reviews yet for Masterpiece Classic. Keep checking Rotten Tomatoes for updates!

There are no featured audience reviews for Masterpiece Classic at this time.