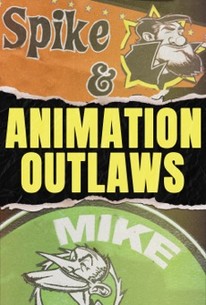 Walt Disney said "We have created characters and animated them in the dimension of depth, revealing through them to our perturbed world that the things we have in common far outnumber and outweigh those that divide us. Outside of Walt himself there are few people who have brought together and united more animators in the history of the genre than Craig ""Spike"" Decker and Mike Gribble, known to all as Spike & Mike. They created an animation festival that helped launch the careers of John Lasseter, Peter Lord, Will Vinton, Bill Plympton and Mike Judge to name just a few. Their Spike & Mike festival had an enormous impact on animation that was felt the world over. The festival was known as much for the breakthrough animation it presented as the outrageous antics of the founders.

Nick Park
as Self

Pete Docter
as Self

Seth Green
as Self

Joanna Priestley
as Self

Andrew Stanton
as Self

Weird Al Yankovic
as Self

Libby Simon
as Self

Barry Ward
as Self

Bruno Bozzetto
as Self

Joan C. Gratz
as Self
View All

There are no featured audience reviews for Animation Outlaws at this time.