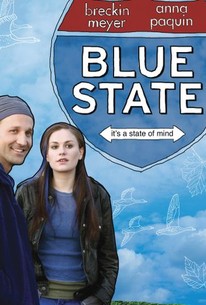 A disillusioned leftist pulls up stakes for the Great White North in this independent comedy-drama. It's 2004, and John Logue (Breckin Meyer) is a political activist working for the Democratic presidential campaign in Ohio. After a few drinks too many, John is interviewed on camera by a local broadcast journalist, and he announces that if George W. Bush is re-elected, he'll leave the country and move to Canada. A few days later, Bush narrowly defeats John Kerry, and John falls into a deep depression. After returning home to San Francisco, John ponders his alcohol-fueled pledge, and learns that a handful of leftists north of the border have formed a group called "Marry A Canadian," which provides contact with sympathetic singles willing to wed American expatriates hoping to escape the Bush regime and gain Canadian citizenship. John decides to give "Marry A Canadian" a try, and places a classified to find someone willing to split gas and keep him company as he heads for Vancouver. An attractive young woman named Chloe (Anna Paquin) contacts John and agrees to travel with him, but once they're on the road, he learns that politics are not Chloe's primary reason for leaving the States. Blue State received its world premiere at the 2007 Tribeca Film Festival.

Seun Olagunju
as Randall
View All