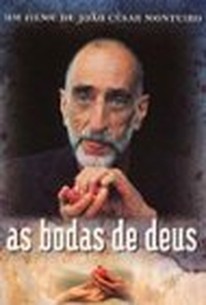 The eccentric Portuguese director Joao Cesar Monteiro is also the screenwriter and the main character of this film, which continues his cynical observations about God and religion. Two shadow-like figures meet in an old, icy park when all seems lost. They are Deus and a Messenger from God. The Messenger gives the Crook (which is the temporary state of poor Joao de Deus) a suitcase full of money. Having accomplished his mission, he disappears. While Joao is busy counting his fortune, a heavy object plunges into the nearby lake, disturbing its tranquility. Joao goes to see what is happening and sees a young girl drowning. He plunges into the water to save her and carries the unconscious girl off to a convent. When he returns to the park, the suitcase full of money is still there waiting for him. Providence or sheer luck? With Monteiro, the answer is evident. 52nd Cannes Film Festival, Un Certain regard, 1999. ~ Gönül Dönmez-Colin, Rovi

Ana Velazquez
as Leonor
View All

There are no featured audience reviews for As Bodas de Deus at this time.