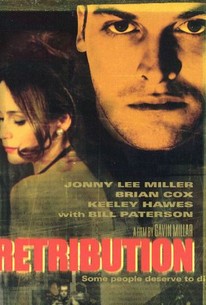 In this downbeat drama, Cameron Colley (Jonny Lee Miller) is a journalist whose career has gone into a slump; he's working for a second-rate tabloid and is looking for a story that will help him move on to better things. Colley also has a secret: he's been having an affair with Yvonne (Keely Hawes), the wife of his close friend William (Jason Hetherington). Colley has been getting tip-offs by telephone from a man calling himself Mr. Archer, who claims to be a government intelligence agent and suggests Cameron look into a series of murders that have been occurring in London. Cameron's research suggests that the three victims were all involved in a scandal over the sale of British arms to the Middle East, but police inspector McDunn (Brian Cox) sees things a bit differently; he thinks there could be a link between the murders and a story Cameron wrote suggesting certain public figures who betray the trust of the people might be better off dead. As Cameron tries to prove he's not to blame for the killings, he wonders if someone he knows might be trying to set him up.

There are no critic reviews yet for Complicity (Retribution). Keep checking Rotten Tomatoes for updates!