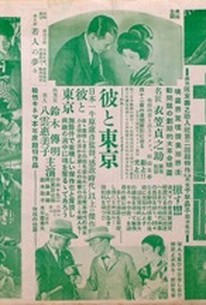 Crossroads, made after the fantastic Page of Madness, was an attempt by Teinosuke Kinugasa to recoup some of his debts with a slightly more commercial film. The film opens on 18th century Tokyo where Rikiya has fought a duel over the geisha O-ume. Severely wounded, Rikiya returns home where his sister, Okiku, serves as his nurse. His health restored, he goes to see O-ume only to find her in the arms of the man he thought he had already killed. In the course of a scuffle, the man tosses ashes into Rikiya's eyes, blinding him. Neither he nor his sister can afford a doctor and Rikiya begins to succumb to a fever. Okiku becomes a prostitute to raise money, but she finds herself in trouble after killing a policeman who attempts to rape her. Rikiya, mad from fever, goes to O-ume; shocked out of his madness by once again finding her with another man, he dies. The film ends with Okiku waiting at a crossroads for the dead Rikiya. ~ Brian Whitener, Rovi

There are no featured audience reviews for Jûjiro (Crossways) at this time.