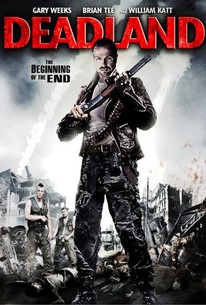 In the radiation-infected aftermath of World War III, one man's desperate attempt to find his wife in the wastelands that were once the United States inspires his fellow survivors to fight for humanity. The bomb has dropped, and in the blink of an eye, America has been plunged back into the Stone Age. Money is worthless, food is scarce, and those who once thought they were fortunate to survive the initial attack are now slowly being consumed from the inside out, the victims of an all-consuming nuclear scourge. Before the war, Sean Kalos (Gary Weeks) was just a regular guy. But now his wife is nowhere to be found, and the former United States is broken up into the United Provinces. The change was meant to ring in the dawn of a new era, but when the Officers of the Province opt for tyranny over justice, the future of civilization begins to look incredibly grim. Marshal Law has been declared, and when Sean refuses to bow to the newly established power structure, he becomes a human target for the leaders who still cling to power. Little do they realize that the bomb has awoken the populace from a deep slumber, and now they're ready to rise up. And while Sean may seem an unlikely revolutionary, his fight inspires his fellow survivors to reclaim their world for themselves, and not the puppet masters who were pulling the strings back when the world was distracted from the things that truly mattered.

There are no critic reviews yet for Deadland. Keep checking Rotten Tomatoes for updates!