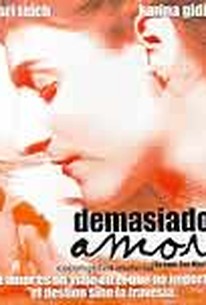 It's said that absence makes the heart grow fonder, but one woman finds that her boyfriend's absence makes other men more fond of her in this romantic comedy. Beatriz (Karina Gidi) is a frumpy office worker in a Spanish community who often laments the sad state of her love life, especially compared to that of her sister Laura (Ana Karina Guevara), who runs a rooming house. Beatriz has all but given up on romance when she meets Carlos (Ari Telch) while dining at a local cafe. Carlos seems quite taken with her, and after a few dates, he invites her along for a romantic getaway. Beatriz's heart is quickly stolen away by Carlos, and when he suddenly goes missing, she finds herself pining for him. But while most men in town wouldn't give her a second look before, in Carlos' absence she suddenly cuts a sexy and alluring figure, and is soon dealing with more suitors than she knows how to handle, including her boss (Jose Sefami) and an architect who previously thought he was gay (Daniel Martinez). Karina Gidi's performance in Demasiado Amor earned her Best Actress honors at the 2001 Guadalajara Film Festival. ~ Mark Deming, Rovi

There are no featured audience reviews for Demasiado Amor at this time.