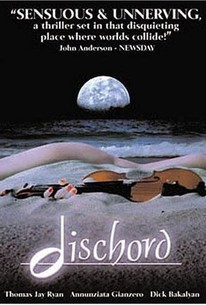 A woman in love with music finds herself trapped between a husband jealous of her success and a brother-in-law with a deadly secret in this independent thriller. Lucian (Andrew Borba) is a talented but arrogantly self-important musician and composer who has recently released an album in collaboration with his wife, a free-spirited violinist and singer named Gypsy (Annunziata Gianzero). While the album has become a critical and commercial success, Lucian is unhappy with the fact that many have credited Gypsy with the album's popularity and Gypsy has already been booked for a lucrative solo tour. As Lucian and Gypsy sort out their personal and professional differences, his half-brother, Jimmy (Thomas Jay Ryan), stops by to pay Lucian a visit. Lucian and Jimmy don't always get along, and Gypsy tries to bridge the gulf between them, striking up a rapport with the moody Jimmy. What Lucian and Gypsy don't know is that shortly before arriving at their Cape Cod home, Jimmy murdered his girlfriend and dumped her body in the ocean, and when it's discovered the next day, a local police detective, Dunbarton (Richard Bakalyan) comes by asking questions. A local eccentric known as The Beachcomber (Rick Wessler) is quickly charged with the crime, as Dunbarton, convinced the killer will strike again, wants the matter taken care of as soon as possible. Meanwhile, Jimmy finds himself increasingly attracted to his sister-in-law, while Gypsy, despite the tensions between herself and Lucian, isn't ready to leave him just yet, a decision that unknowingly puts her in grave danger.

Rick Wessler
as The Beachcomber

There are no featured audience reviews for Dischord at this time.