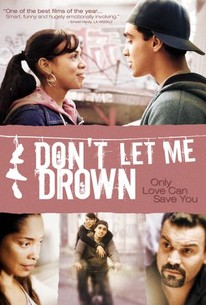 Two young people are brought together by a tragedy that has touched both of their families in this independent drama from writer and director Cruz Angeles. Stephanie (Gleendilys Inoa) is a teenaged girl whose family has moved to Brooklyn shortly after the September 11 terrorist attack on the World Trade Center, which claimed the life of Stephanie's sister. While Stephanie's family is wracked with grief, her father feels a rage over the loss of his daughter than he can't clearly express or purge from himself, and it's left to his wife to hold the family together. Meanwhile, Lalo (E.J. Bonilla) is the son of a Mexican immigrant who was part of the cleaning crew at the WTC before the attacks; now Lalo's father works sifting through the debris at Ground Zero. Stephanie meets Lalo at a party in a city park, and while she's not sure how she feels about him at first, he's immediately infatuated with her and as he pursues her, they discover how much they have in common and they find themselves falling in love. Don't Let Me Drown received its World Premiere at the 2009 Sundance Film Festival.