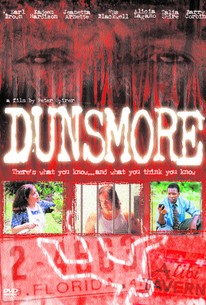 The death of a feared and hated man leads to a conspiracy of silence in this drama. Walter Taylor (Kadeem Hardison) is an investigator from the state attorney general's office who is sent to a small Southern town to investigate an unusual murder. Ronny Roy Pritchett (W. Earl Brown) was a town bully who could intimidate just about anyone into giving him what he wanted until he was found outside a local tavern one night with 40 shots in his body and no witnesses who would say they saw or heard the attack. With the help of cheerful but ineffectual Sheriff Miller (Rus Blackwell), Taylor begins questioning citizens about Pritchett, including his two wives (Jeanetta Arnette and Alicia Lagano), who have decidedly different memories of their late husband, and Mildred (Talia Shire), the wife of a local pastor who was murdered a few weeks before Pritchett. In time, Taylor begins to piece together a picture of Pritchett's reign of terror in the town, as well as his combative relationship with former Sheriff Breen (Barry Corbin). Dunsmore was directed by Peter Spirer, who previously made several respected documentaries on hip-hop culture, including Beef, Tupac Shakur: Thug Angel -- The Life of an Outlaw, and Rhyme & Reason.

There are no critic reviews yet for Dunsmore. Keep checking Rotten Tomatoes for updates!

There are no featured audience reviews for Dunsmore at this time.