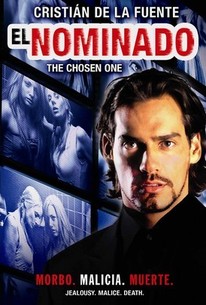 A reality television series crosses into deadly territory in this social satire. Patricio (Francisco Reyes) is a television executive who has created a new show, "Baja Tierra," in which a dozen people of different backgrounds and personalities are taken to a remote location high in the Andes, where they'll be kept in an underground holding area while cameras monitor their actions. As Patricio and host Rodrigo (Cristián de la Fuente) watch the proceedings, it becomes increasingly clear they're less interested in the welfare of the contestants than coming up with material that will draw an audience, especially since the show will be airing opposite a major soccer tournament. So far, Patricio is satisfied with the angry outbursts and illicit sexual encounters among his charges, which are attracting a large audience, but things take a disturbing turn when Miguel (Sebastián Layseca), one of the contestants, snaps and begins killing the other players, leaving Patricio to wonder if he should stop the violence or keep giving the viewers at home the violence they want. El Nominado was screened as part of the 2004 Los Angeles Latino Film Festival. ~ Mark Deming, Rovi

There are no critic reviews yet for El Nominado. Keep checking Rotten Tomatoes for updates!

There are no featured audience reviews for El Nominado at this time.