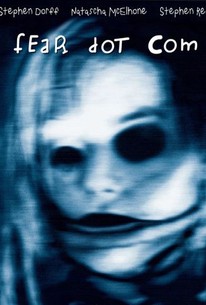 As frustrating as a 404 error, Fear Dot Com is a stylish, incoherent, and often nasty mess with few scares.

Terror is lurking online in this thriller directed by William Malone, who also helmed the 1999 remake of House on Haunted Hill. Mike Reilly (Stephen Dorff) is a NYPD detective who has been assigned to look into a string of murders which have taken place in Manhattan, with Terry Houston (Natascha McElhone), a researcher from the city Department of Health, lending her assistance whether Reilly likes it or not. Reilly discovers that all four victims have one thing in common -- they were all men who logged on to the same Internet website exactly 48 hours before they were killed. It seems the website features a sexy woman offering kinky fun to those who enter her domain, but clicking the wrong icon takes users on a journey into fear. Reilly decides the only way to find out the truth is to head into the website and find out what follows for the next two days -- if he can make it out alive. Fear dot com also stars Stephen Rea, Jeffrey Combs, and Udo Kier.

Derek Kueter
as Officer No. 1

Frances Potasnik
as Nurse No. 1

Mascha Litterscheid
as Nurse No. 2

Dean Gregory
as Maintenance Man No. 1

50 Worst Summer Movies of All Time
View All