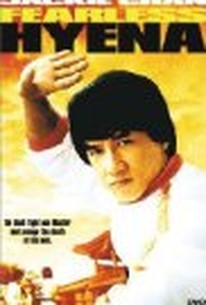 Jackie Chan's first directorial assignment is a showcase for its courageous star, whose considerable reputation rests on his near-masochistic willingness to accept incredible amounts of physical punishment in order to entertain an audience, and, as the title suggests, his ability to laugh about it. Chan plays Shing Lung, a talented but lazy young fighter who disobeys his grandfather's orders not to fight. This proves costly, as the brutal General Yen (Yam Sai-kwoon) is slaughtering all of Shing's grandfather's anti-Ching clan. As soon as Yen hears of Shing's unique fighting style, he hunts down the grandfather (James Tien) and kills him. Shing has to take various jobs (including one as a second-hand coffin salesman) and disguise himself as a pauper and a woman until he is ready to fight the general. Chan Hui-lau plays the crippled master known as the Unicorn, who trains Shing in a deadly form of fighting called "emotional kung-fu," which uses laughter and tears as secret weapons. After a lengthy training sequence in which the long-suffering Chan does 14 sit-ups upside-down without a cut while loudly slamming his back into a tree after each, Shing finally takes on the general and his trio of assistants. For this film, Chan returned to producer Lo Wei's studio to fulfill a contract, then refused to work for the studio again. The producer managed to cobble together a paste-up sequel, Fearless Hyena 2, but was so incensed at Chan that he reportedly used his triad ties to put out a contract on the star, forcing Chan to work in Taiwan for some time rather than returning to Hong Kong. ~ Robert Firsching, Rovi