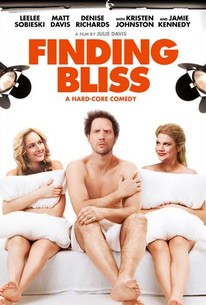 An award-winning film school graduate is forced to confront her sexual hang-ups when she makes the move to Los Angeles and reluctantly becomes an editor at a profitable pornography studio. Jody Balaban (Leelee Sobieski) is a 25-year-old filmmaker who's about to get a rude awakening. Despite Jody's collegiate success, she's still unemployed a year after graduating, and she's about to be faced with one of the most difficult decisions of her life. Jody isn't a fan of pornography, but it seems that an editing position at Grind Productions is her best shot at earning a steady paycheck. With great reluctance, the idealistic Jody goes to work cutting skin flicks by day, and scheming to realize her own personal vision as a filmmaker by night. Before long, Jody and Grind Productions director Jeff Drake (Matthew Davis) have become fast friends. Much like Jody, Jeff was once a "serious" filmmaker with ambition to spare. Jeff sees a little of himself in Jody, though these days his youthful idealism has long since given way to jaded cynicism. Meanwhile, as Jody begins feeling aroused by the very films she once judged so harshly, she realizes that the only way to truly live free is to finally face her own sexual hang-ups.

Critics Consensus: Get Him to the Greek Is Certified Fresh
View All