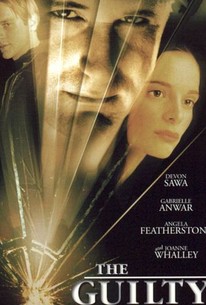 Defense lawyer and all-around sleaze Callum Crane (Bill Pullman) has a nice wife (Joanne Whalley), two daughters by his wife's first marriage, and an obscenely perfect house. He also has a drinking problem and a penchant for sexual assault. The second proclivity is on ample display when Crane meets Sophie (Gabrielle Anwar), the new secretary. After a brief flirtation, they go back to Sophie's apartment, where Crane proceeds to rape her. Within a few days of her rape, Sophie is fired, and Crane is appointed to a federal judgeship. Understandably outraged, Sophie demands that he resign and threatens to go to the police or newspapers with her story. Meanwhile, somewhere on the wrong side of the tracks, car thief Nat (Devon Sawa) has just been released from prison and discovers that his real father is none other than Crane. Deciding that it's high time he met his long-lost father, Nat searches for Crane and finds him just in time to save him from a mugging. Crane believes that his would-be savior is a hardened criminal, and he offers him the contract to kill Sophie. Coincidentally enough, Nat only knows two people in town: Sophie's roommate, Tanya (Angela Featherstone), and Sophie herself.

Critic Reviews for The Guilty

Audience Reviews for The Guilty

There are no featured audience reviews for The Guilty at this time.