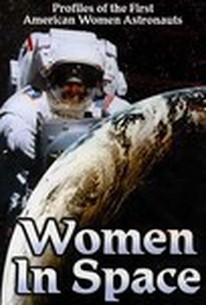 In this multi-faceted Ingmar Bergman film, rich in dramatic and comic elements, three wives pass time in a summer house, awaiting the returns of their husbands, by entertaining each other with recollections of past marital traumas. In the first recollection, the sexually unfulfilled Rakel (Anita Bjork) shares a bathhouse, and more, with a former lover, Kaj (Jarl Kulle). When her emotionally withdrawn husband (Karl-Arne Holmsten), an antiques collector, returns and discovers the incident, he retreats to a garden hut and vows to kill himself. But he is dissuaded from self-destruction by his older brother, who blithely reassures him that an unfaithful wife is better than no wife! The narrator of this episode wearily allows that her husband is little more than a child. Marta (Maj-Brit Nilsson), the storytelling wife of the second episode, recalls her love affair and marriage to a Parisian artist (Birger Malmsten) whose family disapproved of the relationship. Included in her tale is a vivid child birthing. The third episode is a comic classic in which Bergman regulars Eva Dahlbeck and Gunnar Bjornstrand play emotionally estranged spouses who rekindle their marriage while trapped in an elevator. Kvinnors Väntan, which closes with the resolution of a framing tale involving the elopement of two younger lovers, shows Bergman in complete mastery of the film medium. Whether manipulating close-ups during an emotional give-and-take seduction or employing symbolic imagery to emphasize the joy of becoming a parent or merely allowing consummate pros to indulge in slapstick, he proves himself unfailingly adept at all facets of filmmaking. This is one of several lesser-known but nonetheless impressive Bergman films from the mid-1950s. ~ Les Stone, Rovi

Torsten Lilliecrona
as Host at nightclub

Douglas Håge
as The Janitor