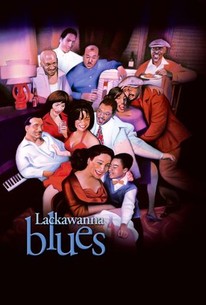 A young boy grows up among a makeshift family of oddballs and dreamers in this adaptation of Ruben Santiago-Hudson's acclaimed one-man show. Ruben Junior (Marcus Carl Franklin) is a young boy who was born in the late '40s into a family that started crumbling not long after he was born. Ruben Junior's parents were from Lackawanna, a city in Upstate New York, and were living in a rooming house run by Nanny Crosby (S. Epatha Merkerson), whose place was a hub for the local African-American community. When Ruben Junior's parents split up, he and his mother return to Lackawanna and Nanny's rooming house; with mother overworked physically and in sad shape emotionally, Nanny takes Ruben Junior under her wing, and offers him the sort of nurturing she gives all her boarders. Nanny's house is full of people struggling for a fresh start in life, ranging from former convicts to recovering drug addicts, and she opens both her doors and her heart to them as they strive to make themselves better people. Ruben Junior finds a loving home amidst the colorful eccentrics in Nanny's circle of friends, but as America changes over the course of the 1950s and '60s, so does the neighborhood where Nanny and her tenants live -- and not for the better. Produced for the premium cable network HBO, Lackawanna Blues features a stellar supporting cast, including Delroy Lindo, Louis Gossett Jr., Rosie Perez, Jimmy Smits, Jeffrey Wright, Mos Def, and Ernie Hudson.

Hill Harper
as Ruben Santiago Jr. (as a man)

Marcus Carl Franklin
as Ruben Santiago Jr. (as a boy)

Robert A. Bradley
as Otis McClanahan

Rosie Perez
as Bertha
View All