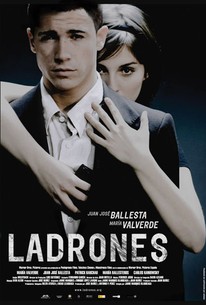 Having just recently been released from the orphanage where he spend the vast majority of his childhood, a young thief named Alex befriends a pretty kleptomaniac named Sara in this tender tale of love among the nimble-fingered. Ten years ago, Alex's mother taught him to be the perfect thief. Now, after growing up and striking out on his own, Alex ventures into the supermarket where burgeoning thief Sara is attempting to perfect her skills. Eventually entering into a "professional" agreement in which they partner in theft and subsequently split the take, Alex and Sara gradually find their attraction to one another eclipsing their criminal ambition. But the leap from partners in crime to lovers in life won't be an easy one, because despite the fact that Alex has little to lose and no prospects for the future, Sara comes from a respectable background with loving parents and a chance for further education. As the relationship becomes more intense, Alex soon finds himself forced to make Sara's decision for her. ~ Jason Buchanan, Rovi

There are no critic reviews yet for Ladrones (Thieves). Keep checking Rotten Tomatoes for updates!

There are no featured audience reviews for Ladrones (Thieves) at this time.