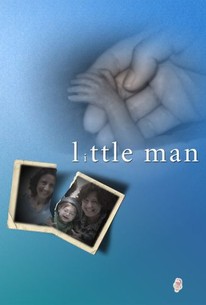 Documentary filmmaker Nicole Conn and her life partner, Gwen Baba, were already parents of a little girl named Gabrielle when they decided it was time to have a second child. Due to health problems, Conn and Baba chose to have a surrogate mother bear the child, but they discovered in time that the mother they chose was not completely honest about certain health issues, and due to the dangerously slow development of the fetus, a bit more than three months before the baby's due date, doctors advised Conn and Baba to abandon the pregnancy. Conn sternly refused to do so, and young Nicholas was born by cesarean section one hundred days early. The baby spent nearly all of its first five months of life in the Neo-Natal Intensive Care Center of their hospital, and once he was able to go home, Nicholas still required feeding tubes and frequent visits to his medical team. The strain of taking care of Nicholas took a major toll on Conn and Baba's relationship, as well as their relationship with Gabrielle, and the expense and difficulty of caring for a child who will never lead a fully normal life leads many of their friends and acquaintances to wonder if their actions were for the sake of their son or a supreme indulgence of their desire for another child. Nicole Conn captured the ordeal of her first years with Nicholas on digital video, and Little Man is a feature-length documentary which explores the long and often painful road she and Gwen Baba followed on the road to their second baby. Little Man was screened as part of the 2005 San Francisco Lesbian and Gay Film Festival.