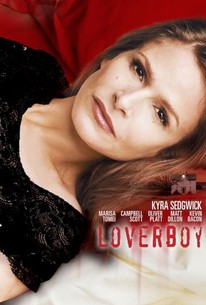 The transition from novel to film is awkwardly executed, and Sedgwick's character, despite the attempts to make her sympathetic, merely comes across as creepy and crazy.

A mother once neglected as child but possessed of a heart overflowing with love grows increasingly despondent as her beloved child begins to claim his independence in director Kevin Bacon's adaptation of Victoria Redel's best-selling novel. If loving too much were a crime, well-meaning but overbearing mother Emily (Kyra Sedgwick) would be spending life behind bars with no hope of parole. When Emily was a child, her parents were deeply in love with one another but tragically indifferent to their affection-starved daughter. Now a grown adult with a deep-rooted desire to bear a child, Emily goes to desperate lengths to conceive before eventually giving birth to an exceptionally gifted boy whom she names Paul. Emily's devotion to Paul burns brighter than a thousand suns as she creates a wondrous world of books, music, art, and games to share with her growing child, but her ever more desperate attempts to preserve the purity of their relationship reach a frantic fever pitch as a kindhearted local man opens his life to the pair and Paul prepares for his first year of school.