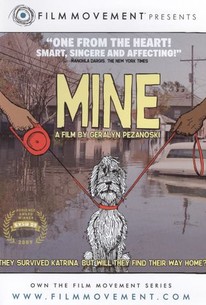 Hurricane Katrina was one of the most devastating natural disasters to ever hit the United States, claiming over 1,800 lives and causing an estimated 82.1 billion dollars in damages in August 2005. But people weren't the only victims of the storm; while rescue efforts attempted to evacuate families in Louisiana, Mississippi, Florida, and other regions hit by Katrina, most were forced to leave their pets behind, and after the worst of the storm had passed, animal welfare workers from around the country traveled to the South and saved nearly 15,000 dogs and cats who were left behind. Many of these pets were adopted by new families who gave them loving homes, but this led to an unexpected dilemma -- when the former owners made their way back home to rebuild their homes and their lives, they wanted to be reunited with the pets that they'd raised and cared for. The new masters, however, were often reluctant to give up the pets that they'd come to love, leading to an emotional tug of war between two households who had a strong emotional connection to the same animal. Filmmaker Geralyn Pezanoski explores how many pets were ignored during the Katrina debacle and how some of these survivors are caught in the middle of angry custody battles in the documentary MINE, which received its world premiere at the 2009 South by Southwest Film Festival.

Critic Reviews for Mine

Audience Reviews for Mine

There are no featured audience reviews for Mine at this time.