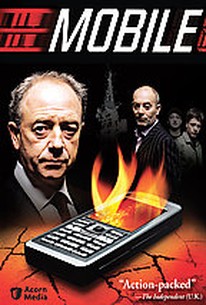 Coronation Street scribe John Fay pens this three-part conspiracy thriller concerning a mobile phone engineer who blames his job for giving him an inoperable brain tumor, and who becomes the prime suspect in a murder investigation when a drug dealer is shot dead and a mobile phone mast is destroyed. Set against the backdrop of the Iraq War, the film opens as mobile phone engineer Eddie (Neil Fitzmaurice) is diagnosed with a deadly brain tumor. Though his wife Donna (Julie Graham) and their two children vow to make his final days truly memorable, all vengeful Eddie can think about is making sure that someone pays. Eddie's efforts to track down the responsible party backfires though when a murdered drug dealer and a destroyed cell phone mast lead police to suspect that he may be responsible for a series of murders around the city. Also hungry for vengeance is broken soldier Maurice Stone (Jamie Draven), whose wife and son were killed by a driver that was talking on their cell phone. That driver has never been found, and Maurice won't rest easy until he's gotten his revenge. Later, when the identity of the hit-and-run driver is finally revealed, the true mastermind behind this mobile phone terror plot finally steps out from the shadows as a labyrinthine conspiracy slowly comes to light. ~ Jason Buchanan, Rovi

There are no critic reviews yet for Mobile. Keep checking Rotten Tomatoes for updates!

There are no featured audience reviews for Mobile at this time.