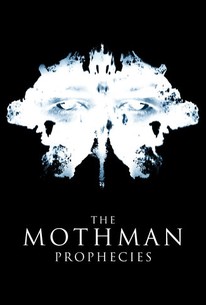 A creepy thriller that poses more questions than it answers.

When John Klein, a respected Washington Post journalist, and his wife Mary find the dream house they have been hunting for, life could hardly get better. Then on their joyful ride home the dream is shattered when Mary crashes the car and is killed. While removing Mary's possessions from the hospital, John discovers a sketchpad covered with odd drawings, variations of the same eerie apparition. John is haunted by the unsettling images. One night, while driving from Washington, John loses his way and ends up on a deserted country highway in Point Pleasant, West Virginia -- four hundred miles from where he thought he was. When John decides to stay in Point Pleasant to explore the reports of unexplained phenomena in the town, he soon realizes that they may all be related - not just to each other, but also to the strange sketches Mary had been obsessively drawing just hours before her death.

Will Patton
as Gordon Smallwood

Nick Keeley
as Spectator No. 1

Matt Miller
as Aide No. 2

Sam Nicotero
as Man on Bridge

Bettina Rousos
as Spectator No. 4

Jason Billy Simmons
as Spectator No. 3

News & Interviews for The Mothman Prophecies

Critic Reviews for The Mothman Prophecies

Audience Reviews for The Mothman Prophecies