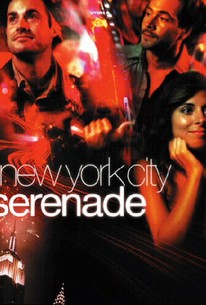 Two lifelong pals living in New York City discover that sometimes the only way to remain friends is to grow apart in this semi-autobiographical drama from screenwriter/director Frank Whaley. Owen (Freddie Prinze, Jr. is an aspiring filmmaker who frequently spends the early hours of the evening with his girlfriend Lynn (Jamie-Lynn Siegler) before ducking out to watch best-friend Ray (Chris Klein)'s provide the beats for his popular bar band. By day Owen may work at the local photomat, but when night falls he strives to forget about his dead end job by drinking the town dry and raising hell with Owen and company. The late night hours, when Owen and Ray inevitably end up at raucous parties with uninhibited women and plenty of booze, are usually when things get really interesting though. One day, after Owen receives word that his latest film has been invited to screen in a popular festival, the lives of these two best friends begin to travel down divergent paths. Now Ray begins to see himself in competition with Lynn for Owens attentions, and the death of a friend's father prompts both friends to stand back and take stock of their lives. Later, after Owen and Ray meet actor Wallace Shawn at the airport, the unlikely trio strikes up an amiable friendship. Trouble soon arises, however, when Owen discovers that Ray has been posing as Shawn's son and the two part ways on unfriendly terms. But as with most lifelong friends it's only a matter of time before Owen and Ray find their way back into one another's company, and eighteen months apart can work wonders for healing old wounds.

Wallace Shawn
as Himself

Frank Whaley
as Les
View All