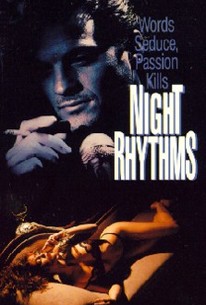 A rather sleazy radio call-in host is popular for being able to turn-on lonely, beautiful female listeners with his sexy voice as he spins creative sexual fantasies for them and encourages them to share their deepest, sexy secrets on the air. Frequently, during or after the show, these red hot fans will show up at the station and he will willingly oblige them in the broadcast booth. Such sexploits abound in this mystery that centers upon one such late-night tryst -- an affair that ends in murder. During the shows, seductive deejay Nick West has his on-air calls screened by lovely Bridget Masters. The trouble begins when one of his biggest fans, Honey, appears for some comforting. She is distressed because she is trying to free herself from her jealous lover and boss for whom she worked as a stripper at the Nirvana club. Nick is more than happy to oblige Honey and takes her into his broadcast booth. Much to Honey's delight, their lovemaking is broadcast over the air. Audiences too are delighted until the lusty moans of Honey's on-coming orgasm turn to terrified screams followed by utter silence. Meanwhile Nick has been knocked out and when he finally comes to, finds her dead. Terrified, Nick runs to his friend Cinnamon's bar and she takes him to her apartment where he can hide from the determined Detective Jackson. When the coast is clear, Cinnamon and Nick head to the Nirvana club to launch their own investigation and soon find themselves even more deeply involved in murder, illegal drugs and lots more casual sex. On video, a considerably more explicit unrated version is also available. Many of the female fans are played by skin-magazine models.

Erica Nann
as Alex
View All

There are no critic reviews yet for Night Rhythms. Keep checking Rotten Tomatoes for updates!

There are no featured audience reviews for Night Rhythms at this time.