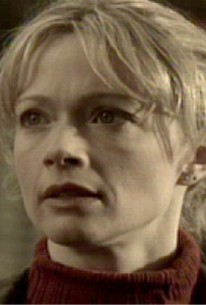 A woman endures the painful birth of her child. Two doctors argue about the ethics of saving the horribly malformed child's life. Years later, a nurse is found brutally tortured and murdered, hundreds of syringes plunged into her, and Buckley Clarke (Lauren Holly), a tough homicide cop, is assigned the case. The victim's brother, Sam Brown (Robert Patrick), is a reclusive wilderness tracker living in Alaska. He gets word of the crime and goes to San Francisco to undertake his own investigation. At first, Clarke is dismissive of Brown, but she's soon forced to acknowledge his skill at finding clues and tracking his prey; seeing that she can't get rid of him anyway, she allows him to participate in the investigation. Soon, other victims turn up in similar conditions, and the FBI becomes involved, convinced that there's a serial killer on the loose. But Clarke eventually realizes that the victims are not being chosen at random. They all share a terrifying connection. Despite their disparate backgrounds, Clarke and Brown grow increasingly attracted to one another as they combine their talents to determine the killer's identity. But the killer soon learns that the intrepid pair is closing in, and the hunters become the prey. Pavement was directed by Darrell James Roodt (Cry, the Beloved Country) from a script by Charles Hansen. The film was shot in Cape Town, South Africa.

There are no critic reviews yet for Pavement. Keep checking Rotten Tomatoes for updates!

There are no featured audience reviews for Pavement at this time.