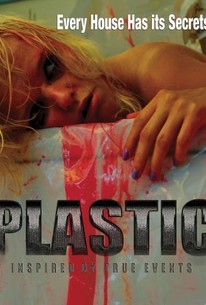 Another woman has gone missing on the hottest day of the year. The death toll rises with the temperature, and while everyone else is staying in, Albert Mullin is out, prowling the streets and alleyways. But the end is near and Albert knows it. He says he's always known. Front Porch Productions Films presents "PLASTIC," a new feature film. Written and director Jose Carlos Gomez, and produced by Laura Locascio. Plastic is a story of what transpires during the course of a single day when, Albert Mullin finds himself hunted down by his own ravaging demons. His house, a dumping ground of horrors, is no longer the safe haven he thought it was, and his new victim, Sarah Wilson, may be his last. But while she lies tied up in Albert's house, the outside world spins its own web of deceit. Parole officer Michael Harris is too busy negotiating himself out of his own extramarital affairs to see through Albert's dark secrets. Darryl, Albert's neighbor, cries wolf at every turn and no one pays attention anymore, when, perhaps, this time they should. All have a small part to play on this, the hottest, deadliest day of the summer.

There are no critic reviews yet for Plastic. Keep checking Rotten Tomatoes for updates!

There are no featured audience reviews for Plastic at this time.