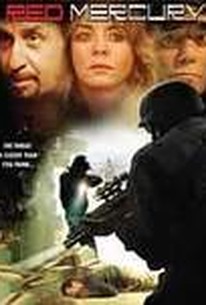 As three bomb-toting Muslim fundamentalists hold the citizens of a London restaurant hostage, the revelation that one of the terrorists has been researching a little-known Russian explosive known as "Red Mercury" promos authorities to handle the situation with extreme caution in director Roy Battersby's topical thriller. An informer has revealed that a trio of terrorists has been lying in hiding in the English capitol, and when chases breaks out the three bombers storm into a popular Greek restaurant and hold the frightened diners hostage. The perpetrators are Mushtaq (Alex Caan), Asif (Navin Chowdhry), and Shahid (San Shella). As the Gold Commander (Pete Postlethwaite) and counterterrorism expert Sofia Warburton (Juliet Stevenson) do their best to assess the situation from the outside, restaurant owner Penelope (Stockard Channing) and a pair of quick-thinking customers that includes American lawyer Sidney Lowe (Ron Silver) and author Neil Ashton (David Bradley) do their best to keep the heads cool on the inside. Later, when the authorities discover that the three terrorists are well-educated British citizens who were likely recruited by fundamentalists during their studies, Sofia finds that they have also come into possession with an extremely volatile Russian-produced explosive. With time quickly running as tempers begin to flare, the desperate counterterrorism expert contacts her ex-husband Lindsay (Nigel Terry) - a one-time mole whose inside information may prove vital in saving countless lives - in a last ditch attempt to resolve the situation peacefully. ~ Jason Buchanan, Rovi

There are no critic reviews yet for Red Mercury. Keep checking Rotten Tomatoes for updates!