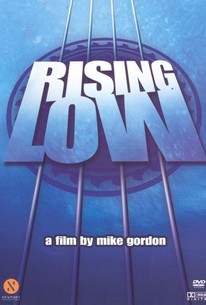 In 1995, guitarist Warren Haynes and bassist Allen Woody left the Allman Brothers Band to form Gov't Mule, a power trio who blended the jam-friendly boogie of Southern rock with the high-powered blues influences of bands such as Cream and Canned Heat. After three studio albums and two live sets, Gov't Mule had won a loyal and growing cult following when Woody died of a drug overdose in the summer of 2000. The band had been working on material for their next album when Woody passed on, and guitarist Haynes and drummer Matt Abts decided to move forth with the project as a tribute to their late bandmate, calling in a number of well-known bass players to sit in on various tracks. One of those contacted was Mike Gordon of Phish, and Gordon decided to make a film about the historic sessions in tribute to Woody, as well as his surviving bandmates and the many musicians who stepped in to assist with the project. Gov't Mule: Rising Low is a documentary about the sessions which produced The Deep End; among the guest musicians are Phil Lesh of the Grateful Dead, Les Claypool of Primus, Jack Casady of Jefferson Airplane, Jason Newsted of Metallica, Billy Cox of Jimi Hendrix's Band of Gypsies, Chris Squire of Yes, and many more.

There are no critic reviews yet for Rising Low. Keep checking Rotten Tomatoes for updates!

There are no featured audience reviews for Rising Low at this time.