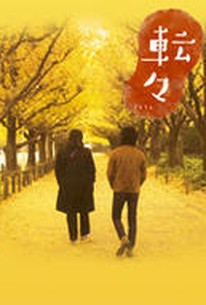 Two men form an unlikely bond during a long walk through a big city in this independent drama from Japan. Fumiya Takemura (Joe Odagiri) is a college student with an addiction to gambling; he owes over $8,000 to bookies, and doesn't have the money to pay them off. Fumiya is approached by Fukuhara (Tomokazu Miura), a mob enforcer who tells the student he has three days to come up with the money or else. Fumiya isn't sure what to do next, but two days later Fukuhara comes to him with a surprising offer -- the gangster is willing to pay off Fumiya's debt and give him some extra money for his troubles if he'd be willing to do him a favor. Fukuhara's task seems simple enough -- he wants Fumiya to keep him company as he walks from one end of Tokyo to the Kasumigaseki district. Fukuhara is looking to do more than stretch his legs -- he's accidentally taken his wife's life and has decided to turn himself in to the police, and needs someone to stay with him as he visits some places that have come to mean a lot to him. Ten-Ten (aka Adrift In Tokyo) also stars Ittoku Kishibe, Kyoko Koizuma and Yuriko Yoshitaka. ~ Mark Deming, Rovi