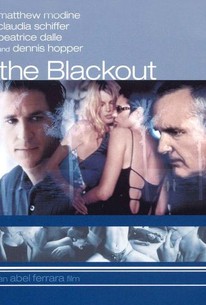 Cult figure Abel Ferrara directed this typically edgy look at an actor whose abuse of alcohol and drugs takes an unexpected toll. Matty (Matthew Modine) is an actor whose career is on the fast track; however, he's not able to handle the pressures of life in Hollywood, so he heads to Miami to recharge his emotional batteries. Given Miami's night life, this might not have been the wisest choice he could have made, as he's soon sunk deep in a sea of drink and drugs. Matty asks his girlfriend Annie (Beatrice Dalle) to marry him, but she turns him down, as she's still bitter about having to have an abortion when he got her pregnant some time back. Matty, however, can barely remember this event. Matty's friend Mickey (Dennis Hopper), a night club owner and video artist, decides that Matty needs to get away from his problems, and they set out for a long night of heavy partying, during which Matty picks up a waitress, also named Annie (Sarah Lassez). Somewhere along the line, Matty drinks so much that he blacks out, and he awakes with no memory of the evening. 18 months later, Matty is clean and sober, living in New York with his new girlfriend Susan (Claudia Schiffer). He can't get Annie out of his mind, and he flies to Miami to visit her, hoping to close some old wounds. But Annie the waitress turns out to have some bad news for him when he arrives in Florida. The Blackout marked the acting debut of model Claudia Schiffer, and, as in several of Ferrara's previous films, seminal hardcore rapper Schooly D contributed several songs to the soundtrack.

Beatrice Dalle
as Annie No. 1

Sarah Lassez
as Annie No. 2

Lori Eastside
as That Girl

News & Interviews for The Blackout

Critic Reviews for The Blackout

Audience Reviews for The Blackout