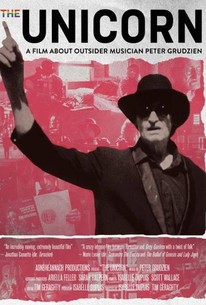 The Unicorn is a feature length documentary about outsider musician Peter Grudzien, the one-man musical force behind The Unicorn, possibly the first gay country album. But country doesn't begin to describe the dizzying range of music included on this 1974 album. Peter composed, performed and recorded The Unicorn entirely in his childhood home in Queens, NY. He sold the 500 pressed copies out of a suitcase on the streets of New York. To quote music critic Paul Major, "The Unicorn is not an LP, it is life itself".

Critic Reviews for The Unicorn

Audience Reviews for The Unicorn

There are no featured audience reviews for The Unicorn at this time.