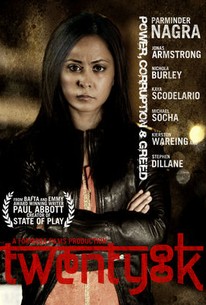 A Paris-based fashion-maven returns to the UK to defend her younger brother against a trumped-up murder charge, and begins to unravel a major conspiracy that spells danger for them both in this urgent thriller from BAFTA-winning writer Paul Abbot (Shameless, State of Play). Deeva Jani (Parminder Nagra) is working in the upper echelons of the fashion industry when she receives some shocking news: Her teenage brother Vipon (Sebastian Nanena) has been arrested as the prime suspect in a gang-related, East London shooting. The victim has died, and the community is up in arms as Vipon faces trial. Knowing that he won't be safe behind bars, Deeva races to East Londin in search of answers, enlisting the aid of gangster-turned-youth counselor Clint (Jonas Armstrong) to clear her brother's name, and save his life. Meanwhile, catching wind of Deeva's investigation, the corrupt DCI Stone (Stephen Dillane) does everything in his power to prevent her from unraveling a labyrinthine plot that could implicate some of the most powerful figures in British government. Michael Socha and Nichola Burley co-star.

Nathalie Emmanuel
as Carla
View All

There are no featured audience reviews for Twenty8k at this time.