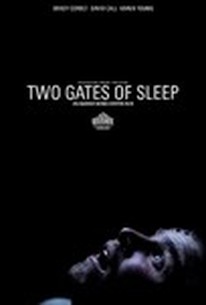 An unusual family relationship is put to the test in this atmospheric independent drama. Jack (Brady Corbet) and Louis (David Call) are two brothers who live in a remote wooded area along the border of Louisiana and Mississippi. The siblings share their home with their elderly mother (Karen Young), who has fallen ill and is near death. While the doctor offers advice about taking care of Mother in her final days, Jack and Louis have their own ideas, preferring to follow the way of nature and letting fate take its course. When their mother finally passes on, rather than dealing with a funeral home and a cemetery, Louis decides they should handle the matter on their own, building a coffin and then burying her remains in a place she chose, which is a considerable distance from their home. As Jack and Louis make the coffin and prepare the body for the long journey, it becomes evident that while they have their own ideas how such matters should be handled, they have serious differences of opinion about how to carry them out, and the trip into the wilderness for the burial becomes increasingly contentious as the days wear on. Two Gates Of Sleep was the first feature film from writer and director Alistair Banks Griffin; the film received its world premiere at the 2010 Cannes Film Festival.

There are no featured audience reviews for Two Gates Of Sleep at this time.