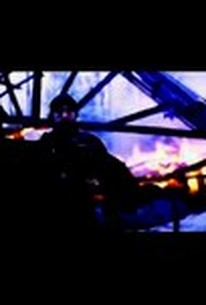 The compelling story behind the most talked about film in the history of New York University Film School comes to the screen courtesy of documentary filmmaker Keir Moreano. Maurice Singer was an overly confident N.Y.U. Film School senior with a dream of transforming the story of Little Red Riding Hood into a taut psychological thriller. Even before his script was completed, Singer was fortunate enough to have his senior thesis film approved for production, and his fellow classmates flocked to the opportunity to prove themselves on a real film -- regardless of the fact that they'd be working extended hours in wintry Vermont with no pay. With a sizable budget in place and a perfect location (both provided by the director's wealthy father), word quickly began to spread around campus that "Bemoana" was all set to go before the cameras. Singer even managed to convince his father to let him burn down the guest cabin for the film's fiery climax. An aspiring special effects makeup artist and filmmaker, Moreano was part of the crew, and decided to document the entire production on video. Little did Moreano realize that he would be capturing a disaster at 30 frames per second. As the production gets under way and the cast and crew are beset by a disheartening series of unforeseen disasters, the temperatures outside plummet and on-set tempers begin to flare; everyone is sleep-deprived, the shoot is falling hopelessly behind schedule, and despite his confidence at the onset, Singer simply doesn't have the experience needed to keep his production from spinning out of control. The most ambitious film in the history of New York University Film School has officially become a fiasco, and Moreano's camera is constantly rolling to capture every excruciating bump along the road to disaster.

There are no featured audience reviews for Unspooled at this time.