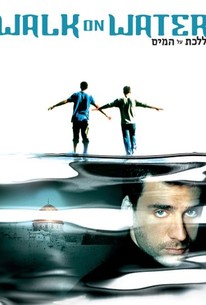 An Israeli agent with a license to kill is thrown off his game by two people who challenge his deeply held assumptions in this drama. Eyal (Lior Ashkenazi) is an agent with Mossad, the Israeli intelligence and security force. A man capable of making snap moral judgments but unwilling to reveal his emotions, Eyal has been burying himself in his often bloody work since the death of his wife. Eyal's latest assignment is to try to learn the whereabouts of a Nazi war criminal; as it happens, his granddaughter Pia (Carolina Peters) is in Israel spending time on a kibbutz, and when he learns that her brother Axel (Knut Berger) is coming to visit her, Eyal goes undercover as a tour guide in order to get to know them without arousing suspicion. Eyal finds himself taken with Pia, who displays a warmth and openness he's never expected to find in a German. At the same time, Eyal discovers Axel is gay and doesn't care who knows about it, and as Eyal gets to know him he finds himself torn between his genuine fondness for Axel and his long-standing homophobia. Walk on Water was directed by Eytan Fox, who earned international acclaim for his story of two gay men in the Israeli army, Yossi & Jagger. ~ Mark Deming, Rovi

Yuval Semo
as Guy with Mobile

News & Interviews for Walk on Water

Critic Reviews for Walk on Water

Audience Reviews for Walk on Water